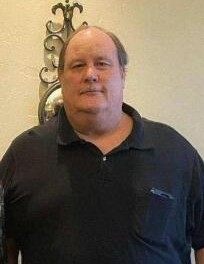 Thomas Robert Jordon Jr. passed away Sunday, February 28, 2021 at the age of 60. Thomas was born in Louisiana November 8, 1960 to Mr. Thomas Robert Jordon Sr. and Elva Doane Jordon. Thomas worked in construction and as an estimator for many years. Always putting his family first and working hard for them and always cutting up to make you laugh and smile.

Thomas is survived by his best friend and wife Anita Allgood Jordon (he would always say that's my "B" she keeps me in line). His daughters Latosha Jordon and Tiffany Jordon (son in law Carl Pecina) and his son TJ Allgood and his wife Vanessa . The Lights of his life his grandchildren: Ashton, Lexi, Nevaeh, Doodle, Levi, Jermany and his recent four bonus grandkids. His sisters Sylvia Jordon and Anna Jordon Blake and husband Robert. Along with many aunts, uncles, nieces, nephews and a ton of friends.

Thomas was proceeded in death by his Parents Thomas and Elva Jordon.

To order memorial trees or send flowers to the family in memory of Thomas Jordon Jr., please visit our flower store.