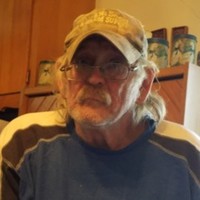 Terry Ray Bridges, age 61, of Terrell, Texas passed away Sunday, March 18, 2018 in Dallas, Texas. Terry was the son of Eugene and Wilma (Philpot) Bridges, born on October 6, 1956 in Dallas, Texas. He worked in construction. Terry married Karen Kay Williams in Terrell, on June 1, 1979.

To order memorial trees or send flowers to the family in memory of Terry Bridges, please visit our flower store.