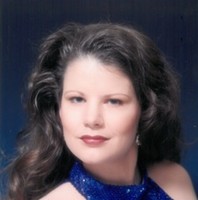 Ruth Marie Kelsey, 45, a beloved daughter, sister, aunt and friend, passed away Friday, May 27, 2016 at her home in Forney, Texas after a lengthy battle with a brain tumor. She was born June 3, 1970 in Dallas, Texas to Harold Dewight Kelsey and Donna Elizabeth Burnley Kelsey.

Ruth was a fixture of Dallas' local music scene in Deep Ellum during the 1980's and the 1990's. She worked at many area venues to put herself through nursing school. She was well known during this time for her sharp wit and fondness for correcting grammatical errors on band posters. Ruth graduated with honors from El Centro's Nursing Program in 1999. She became a loved and respected nurse working in Labor and Delivery for many years. Ruth was a talented artist, self-taught musician, and was gifted with an exceptional intellect becoming a member of Mensa as a high school student. Ruth was a loyal and dedicated friend who never met a stranger. She welcomed everyone into her home and heart, and especially loved her four-legged friends, adopting many stray dogs and giving them a loving home.

Ruth is survived by, and will be greatly missed by, her loving mother Donna Ozbun who selflessly cared for Ruth during her long illness; sisters Karen Stacey and husband Johnnie, and Shannon Kelsey; nieces Emily, Stacey, Averi, Stacey and Matilda Squire; many other loving family members and friends most especially Susan Robertson and J.D. Robb. Ruth was preceded in death by her father Harold D Kelsey; step-father Dale Ozbun; grandparents Ruth McGlothlin, Don Burnley, and Bernice Kelsey.

To order memorial trees or send flowers to the family in memory of Ruth Kelsey, please visit our flower store.