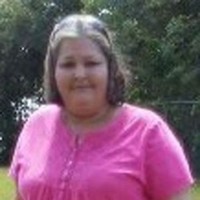 Pamela attended schools in Fort Worth and graduated from high school and cosmetology school. She also worked for The Terrell Tribune for a number of years.

She married Steven Allen Wetzel on May 14, 1983 in Fort Worth. They had one child, Shelby Dale Wetzel, born Oct. 5, 1990. They split up and Pamela met James York and were together 16 years. Shelby had two children, Jacob Lee Julius and Abigail Julius. Shelby passed away on Jan 23, 2012. She is buried at Laurel Oaks Memorial Park in Mesquite.

Survivors are as follows: father, William Jack Harty; brothers, Leonard Wallace Harty and Mitchell Odell Harty; grandchildren, Jacob Lee Julius and Abigail Julius. She was known as Mimi to James York's four grandsons. She dearly loved these four boys and they were her grandbabies. Their names are Anthony, Isaih, Isaac and Damien. She also had a goddaughter, Allanah, who loved her.

Pamela had a heart of gold, she never judged you, and she told it like it was and she would try to help everyone. When she went through her rough patch she had an amazing sponsor. She then followed in those footsteps and sponsored several and saved some lives. They say God only takes the best, but when it came to Pamela Wetzel, God reached down and hand picked the best. She's now with her mom, her brother, and as she always said, her Shelby. So, let's not mourn, let's celebrate the time we had with her and the memories that were made. She never belonged to us we just had her on loan.

To order memorial trees or send flowers to the family in memory of Pamela Wetzel, please visit our flower store.