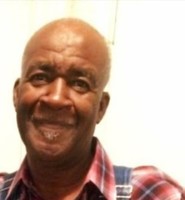 Odis Lee Willis, 66, of Terrell went to be with his Heavenly Father on Wednesday, May 18, 2016 with his family by his side. Funeral Service will be held 11:00 a.m. at the Pleasant Hill Baptist Church Saturday May 21, 2016, with Rev. Glenn Willis officiating. Visitation will be held at the church prior to the service.


Odis was born on April 21, 1950 to the late Rev. Fordie and Mamie Willis in Garland, Texas. He was the fourth oldest of fourteen children. He attended Garland Independent School District where he met and married Toni Lister and to this union, six children were born. Odis accepted Christ at an early age at El Bethel Baptist Church in Rowlett, Texas under the leadership of Rev. Johnson.

Odis had a charming personality with a contagious laugh. He was the life of all the family gatherings and could brighten everyone's mood; Odis would always have a joke for everyone around him. He worked for the Willis Construction Company, and Red Antiques in Forney. He also had a love for fishing, hunting, and collecting antiques.