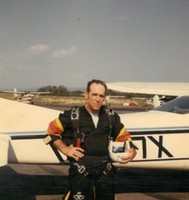 Michael Lynn Taylor, 71, of Terrell, passed away Friday, August 3, 2018 at his residence. Michael was born in Anchorage, Alaska on June 9, 1947, the son of Clarence and Patsy Ruth (Simmons) Taylor. Michael was married to Mary Ellen Taylor on April 1, 1981 in Baltimore, Maryland. He was an HVAC Technician.

He was preceded in death by his wife Mary Ellen and his parents.

To order memorial trees or send flowers to the family in memory of Michael Taylor, please visit our flower store.