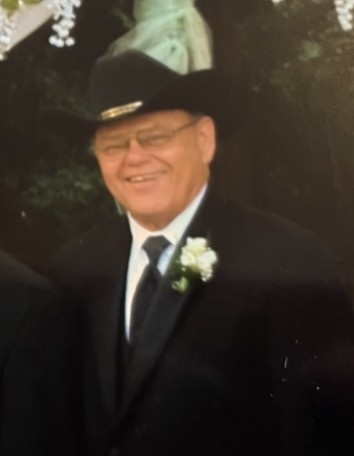 Melvin Wayne Christian age 78 years old of Mesquite, passed away on January 12, 2022.  He is now with his grandparents, parents and other family members that were close to his heart.

Wayne was born in Mobile, Alabama on April 2, 1943.  He was the first child of Melvin and Lucille (Hall) Christian.  He moved to Louisiana in his 20’s where he worked in management at Butler’s shoe store where he met his wife Rosa in 1972.  They got married December 2nd, 1972, in New Orleans, Louisiana.  They moved to Mesquite, Texas shortly after and made it their home.  Together, they had four children.  He retired in Mesquite, Texas, to spend more time with family, travel and enjoy his hobbies.

Wayne had a love for playing the guitar and flying.  He enjoyed playing golf, tennis and cooking.  He was known for his tomato gravy and biscuits, homemade cornbread and delicious cakes.  He loved road trip vacations with his family and always taking the scenic route, no matter how much longer it would take.  He was known for his boisterous laugh, never meeting a stranger and making you feel welcomed.  He was generous, loving and hardworking.  No one ever left his house without being offered a crown and coke.

He was preceded in death by his parents and grandparents, E.V. and Alice Herrington; brother-in-laws Rene Mejia and Rodolfo Mejia.

Wayne’s family ask in lieu of flowers, donations be made to https://fundraise.kidneyfund.org/WayneChristian

To order memorial trees or send flowers to the family in memory of Melvin Christian, please visit our flower store.