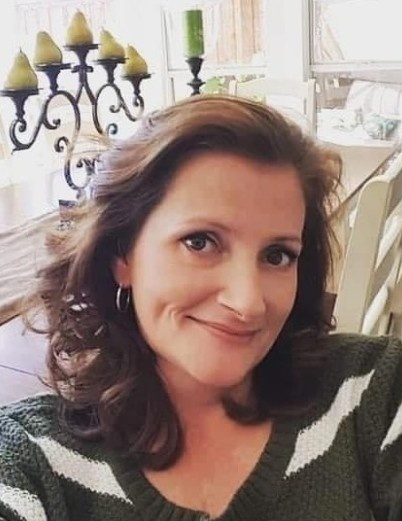 Mary Christine Lindsey, age 50, of Kaufman, passed away on January 17, 2022, with her family by her side and is now with her greatest love, her Savior.  She was known by her friends and family as an adoring wife to Charles Lindsey, and lovingly by her immediate family as "Sissy".

Mary was born in Houston, Tx on September 7, 1971.  She was the 2nd child of Chris Tann, Sr., and Barbara (Tann) Smith.  She grew up in Houston and Dallas with her brother Chris Tann, Jr.  Mary was influenced by her family to be a loving, caring woman, always giving her time to others, and incorporating those same qualities into her career as a hairstylist.  After graduating from Metroplex Beauty School in 1991 she served and loved so many through cosmetology.  Mary studied at Texas Bible Institute from August 1996 - May 1997 where her knowledge and love for The Lord and His people grew even deeper.  She met her husband, Charles, through friends at church in 1997, where they often served the youth together.  Charles and Mary were married April 18th, 1998, in Terrell, Tx.  Together, they served the Terrell community through her salon, Mary Christine's Full Service Salon.

Mary is survived by her husband of 22 years, Charles Lindsey.  She is also survived by her mother, Barbara (Tann) Smith of Terrell; step-father, Paul Smith of Terrell; brother, Chris Tann, Jr. and Ruth of Tomball; sisters, Crystal (Tann) Hernandez of Houston and Dorenda Snyder and Justin of Canton; brother-in-law, Eric Lindsey and Clarissa of Irving; sister-in-law, Miranda Amonoo of Warner Robins, Georgia; and nieces and nephews, Keaton and Emily Tann, Austin and Jude Snyder, Emily and Kate Lindsey, and Martin, Francis and Levi Amonoo.

Mary is preceded in death by her father, Chris Tann, Sr.

There will be a service for those who would like to celebrate her life on Thursday, January 27, 2022 at 11am, at Lakeshore Church in Rockwall, Tx. Visitation will immediately follow.

To order memorial trees or send flowers to the family in memory of Mary Lindsey, please visit our flower store.