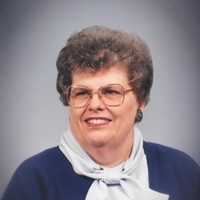 Martha Rose Jones Downs, age 77, of Terrell, Texas, was born on November 8, 1939 in McKinney, Texas. The daughter of Roland Clayton Jones and Eva Letha Massey Jones. She passed away Saturday, May 6, 2017 at Terrell Healthcare Center, where she lived since November 2004 after suffering a major stroke on September 21, 2004.

Martha lived her early life in Anna, Texas, attending public schools there and graduating from high school in 1958. Shortly after high school, She moved to Garland, Texas with her mother. She soon got a job as clerk typist at Republic National Life Insurance in Dallas, where she was employed until May 1972.

She married Bobby Joe (Bob) Downs on December 1, 1970 and they have a son Michael (Mike), who lives in Terrell with his wife, Kari.

Martha later worked for the Terrell Independent School District for 18 years. She was a clerk in the district office for seven years and later worked at Burnett Elementary School in the school cafeteria and in Project Hope, the program at the high school where girls left their small children. She was working in the Mother's Day Out program at the First United Methodist Church when she suffered a severe stroke.

Martha accepted Jesus as her Savior when she was a young girl and was active in Baptist churches until her stroke.

She was preceded in death by her sister, Doris Botsford; and nephew, Leslie Botsford; both of Garland; and her parents.

Martha is survived by her husband of 46 years, Bob Downs; son, Mike Downs and his wife, Kari; brother, Roland Clayton Jones and his wife, Lynne of Anna; niece, Karen Botsford of Richardson; and a host of friends.

Big Springs Cemetery
To order memorial trees or send flowers to the family in memory of Martha Downs, please visit our flower store.