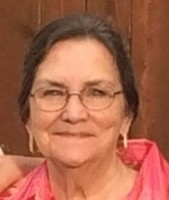 Alice Lynnette "Lynn" Fisher, 77, of Forney, Texas passed away October 25, 2018 of a cerebral hemorrhage in Dallas, Texas. Lynn was born on March 27, 1941 in Decatur, Illinois, the daughter of Walter Raymond and Mary Alice Fisher, Jr. She spent more than three decades in the banking industry in the Western U.S., ultimately retiring as a Senior Vice President of Western States Bankcard in Richmond, California.

Lynn moved frequently in her youth as her father returned to McDonnell Aircraft Corporation (later, McDonnell Douglas) after serving in the U.S. Navy during World War II and the expanding aerospace firm required many of its employees to relocate every few years. She lived in Central Illinois, Kansas and St. Louis, Missouri in her early years and later attended Great Mills High School in Maryland before arriving in La Jolla, California in the mid-1950's to finish at La Jolla High School (LJHS). Lynn excelled in school, academically and otherwise, and while majoring in Math & Science at LJHS she was, among other things, a Cheerleader, ROTC Queen and a member of Mariners, an all girl service club. Within the broader community she was crowned Miss La Jolla in a prestigious talent competition. Her work ethic and conservatism were products of being raised by Protestant parents that had endured the Great Depression and World War II and were also influenced by living in the household of a career defense contractor. Her willingness to take on new challenges throughout life was partly inspired by observing her talented and industrious parents build their own house while living in La Jolla.

Lynn was planning on attending UC Berkeley, but a friend from LJHS introduced her to her older brother who was heading to Navy Officer Candidate School and she set her college plans aside to get married and start a family. The young family lived in Newport, Rhode Island and the California communities of Port Hueneme/Oxnard, Coronado and La Jolla and both of her sons were born in Navy towns. She missed her parents and younger brother greatly during this time as they lived in Japan for three consecutive years.

Unfortunately, Lynn found herself a single working parent in her mid-twenties without the benefit of a college education at a time when the fight for gender equality in the workplace was in its infancy. She rose to the occasion and after working in the securities industry briefly, she embarked on a banking career, initially with community banks in La Jolla and then with others throughout North County. The sewing skills she learned from her mother were particularly helpful, as she made many of her own work outfits in the early years. In order to shorten her commute, she bought a house in scenic Encinitas in 1972. Like many finance professionals in San Diego County, she ultimately had to leave the area to advance her career, as difficult as the decision was, and spent several years in Spokane, Washington and Portland, Oregon before arriving in the San Francisco Bay Area for the last 20 years of her professional life.

Despite the challenges of working full time, Lynn was an exceptional and devoted mother and always found time to remain involved in her sons' lives: attending their games, volunteering to help with the Little League snack bars at La Jolla Youth Baseball and Ecke Field, encouraging them with their studies and making sure that they enjoyed the many outdoors activities that their scenic locales provided (her youngest son took advantage of the world-renowned surf spots that she gravitated to throughout California while her oldest followed her as a beach volleyball player). She also brought a number of wonderful pets into their lives, including several rescues.

Lynn found happiness for a number of years in a second marriage while living in Moss Beach, California, but health issues eventually took a toll and the marriage didn't survive, but they remained friends. While battling cancer for the second time, Lynn lost her mother suddenly in 2003 and she reassessed her retirement plans, moved the date up, and retired to rural Kaufman County, Texas to be within two miles of her father and brother.

Lynn was fortunate to be able to spend 14 years jointly in retirement with her father and greatly enjoyed their morning routine of breakfast and errands, and the annual trek to a family reunion in Illinois. There were numerous family meals and opportunities to reminisce, discuss current events, learn more of her brother's expertise as an engineer, and watch movies and other shows with the people she loved. Shortly after arriving, she planted her favorite flowers, bushes and trees, including several oak and pecan trees, and learned how to operate her first lawn tractor. She had always had a green thumb, but in retirement she had more land to work with. Although Lynn didn't live on a farm, in many respects her life had come full circle to the agricultural environments of her youth and the happy summers on her grandparents' farm and she loved seeing all of the wildlife and livestock on a daily basis, experiencing the change of seasons and sharing the experience with her family. She also found time to volunteer, initially with the Environmental Co-op (she had been recycling since the 1970's) and later with a regional healthcare facility. For a long period of time, her oldest son believed she was volunteering for the entire family, her commitment was so significant.

Lynn had a very difficult final 16 months as she lost her vision while her father's health was deteriorating, and she ultimately lost people she cared about and a beloved cat during this time, but she remained the rock of her family throughout.

Lynn was preceded in death by her parents. She is survived by her sons, Robert Louis Dean and Raymond Gregory Dean, and her brother, Walter Raymond Fisher, III.

Lynn was buried alongside her parents in a private family memorial service on October 30, 2018 at Hillcrest Cemetery, Forney, Texas.

In lieu of flowers, the family suggests a donation to charities supporting individuals and families living with disabilities, cancer research or The Foundation of La Jolla High School.
To order memorial trees or send flowers to the family in memory of Lynn Fisher, please visit our flower store.