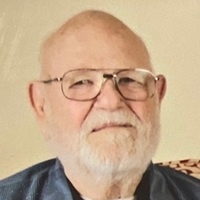 He was born on October 6, 1929 to Charles Henry Wigzell and Bessie Adeline Davis in Austin, Texas. He married Isabel “Liz” Huerta in August, 1959 in El Paso, Texas. Lee worked as a pharmacist for Terrell State Hospital. He also served in the United States Air Force and the United States Navy.

He was preceded in death by his wife Liz, his parents; son-in-law Ronnie Bardin; and brothers, Ralph Wigzell and Alden “Wimpy” Wigzell.

Instead of flowers, donations can be made to the Gary Sinise Foundation for the military.

Oakland Memorial Park
To order memorial trees or send flowers to the family in memory of Lee Wigzell, please visit our flower store.