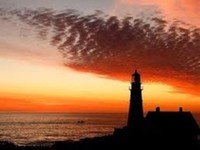 Those left to cherish Larry's memories are his wife, Doyce; son, Larry Dean, Jr. and wife Rebecca; 11 Grandchildren and 2 Great-grandchildren.

Larry was preceded in death by his parents and daughter, Christy Dean.

Services pending at this time.

To order memorial trees or send flowers to the family in memory of Larry Dean, Sr., please visit our flower store.