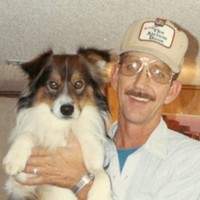 John was born to Henry Lee Tadlock and Myrtle Ross September 12, 1948 in Venus, TX. He later met and married his loving wife Rosanna on November 15, 1986 in Irving, TX. John owned and operated a successful wrecker business for over 40 years.

He is preceded in death by his daughter Donna Gayle Tadlock.

Goggans Funeral Home
To order memorial trees or send flowers to the family in memory of John Tadlock, please visit our flower store.