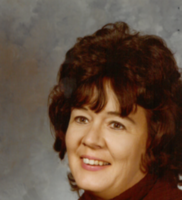 Jo Ann followed her father into the education field. After graduating from East Texas State College, now Texas A&M University-Commerce, Jo Ann began teaching in the Dallas Independent School District. Jo Ann taught in Dallas for 34 years, educating about 850 students over her long career. She spent most of her career at Martha Turner Reilly Elementary School.

Jo Ann married Dallas fireman Roland Taylor in 1965. She was married to the love of her life for 49 years. They shared many hobbies, including raising award-winning Modena pigeons. They were active members in the Dallas Arms Collectors and bought and sold high-end Browning shotguns.

Jo Ann is preceded in death by her parents Morrison and Berta Overall, her husband Roland Taylor, and sister Frieda Brady. She is survived by sister Rose Mary Graves; step-daughters Linda Hersey and her husband Tommy, Peggy Phipps and her husband Barry; granddaughters, Jennifer Phipps and Stevie Adams and great-grandchild Jayda Phipps.

The family wishes to express its appreciation for the love and assistance provided by Barry Stuart and his family and Louise and Richard Bridges during Jo's illness.

To order memorial trees or send flowers to the family in memory of Jo Taylor, please visit our flower store.