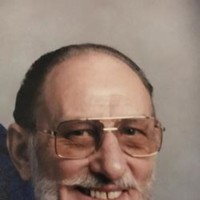 Jerry W. Cumbie, 84, of Terrell, passed away on October 4, 2017, in the peace of his home. Jerry was born on August 6, 1933, in Athens, Texas to his parents, Thomas Edgar Cumbie and Donnie Lee Beatrice (Tindel) Cumbie. Jerry married Johnie Beth (Harrison) Cumbie at the First United Methodist Church of Terrell on May 5, 1993, and they continued to spend their lives together in Terrell.

Jerry proudly served his country from 1950 to 1954 as a Sergeant in the United States Air Force. During his time of service, Jerry was a recipient of the Korean Service Medal, National Defense Medal, UN Service Medal, and the Good Conduct Medal. He retired as a truck driver from the Red Arrow Freight Lines in 1991. Part of his truck driving career included his involvement in the International Brotherhood of Teamsters. During his life spent in Terrell, Jerry became a member of the First United Methodist Church. His families remember him as a bighearted man, who always thought of others before himself. To his grandson, Sage, he was known as "Papaw," and to Johnie Beth's grandchildren, he was known as "Jerry."

Jerry's family will be receiving friends and family at Goggan's Funeral Home on Sunday, October 8, 2017 from 5 PM until 7 PM. The funeral service will be held on Monday, October 9, 2017 at the First United Methodist Church at 1 PM. Immediately following the service will be a procession to Highland Memorial Gardens in Terrell, TX. In lieu of flowers, the family requests donations be made to the Scottish Rite Hospital for Children of Dallas, TX.

To order memorial trees or send flowers to the family in memory of Jerry Cumbie, please visit our flower store.