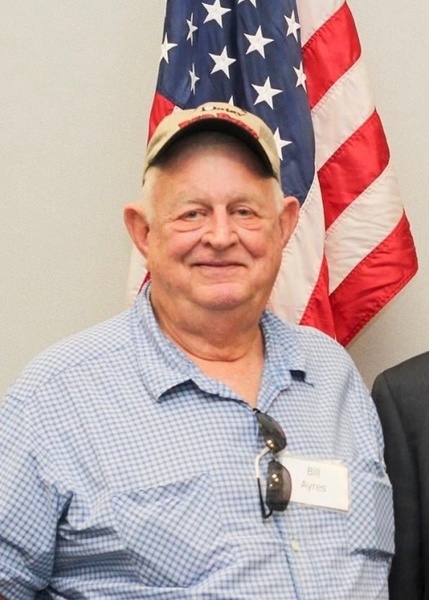 Early childhood filled with family farm work and moving from town to town/school to school as his father’s work locations changed gave way to Bill taking charge of his life when sixteen.  Bill migrated to Muskogee, OK, Arkansas, Idaho, Las Vegas and finally back to the family farm.  Hunting, nuclear physics and motorcycle riding were sources of personal joy and stories to tell friends.

Moving to Las Vegas allowed Bill to become the go to nuclear physicists in private business for two decades.  Bill was critical to America’s global leadership in developing public/private nuclear power uses.  Much of Bill’s work remains classified, but the stories he could share were of a man and company willing and able to go anywhere and do anything to prosper, protect and defend America’s nuclear power leadership.

A passion for hunting had Bill traveling all over the world in pursuit of world class trophies.  Safaris in Africa to coyote hunting in the Nevada deserts were all pursued with the same passion as nuclear physics.  When retiring from Las Vegas and returning to College Mound Bill donated most of his trophy collection to the Nevada Museum of Natural History.  Trophies retained attested to his hunting skills.

Many friends were motorcycle riders.  Bill’s favorite motorcycle stories involved reminding listeners the desired speed was “WFO”.  If you don’t know what WFO stands for, you’ve never attended a College Mound Neighborhood Watch and Listen meeting in “the barn”.

Preceded in death by his parents and brother Robert Lee Ayres and survived by three nieces:  Beverly Albers, Melinda McGinnis, and Ginger Franks.  As importantly, Bill is survived by many people he invested time to teach about life and instill passion for life:  To pursue all things with “fire in you’re a _ _” to achieve greatness.  We thank you Bill.

Special thanks to friends Celinda Clark, Terry and Judith Ball who faithfully cared for Bill as his last days were numbered.  Visitation will be at Goggan’s Funeral Home on Tuesday September 1st (6-8:00 pm).  Graveside service and burial in College Mound Cemetery, Wednesday September 2, 2020 at 11:00 am.  All are encouraged to attend.

Click to download / open
To order memorial trees or send flowers to the family in memory of James (Bill) Ayres, please visit our flower store.