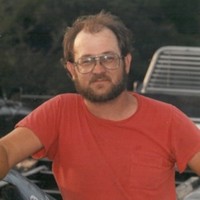 Jackie Lee "Wolf" Sartain, age 60, of Rockwall, Texas passed away Saturday March 18, 2017 in Rockwall. He was born the son of Hollis Morgan and Venita Charlene (Bentley) Sartain on March 25, 1956 in Wylie, Texas.

He was preceded in death by his father, H.M. Sartain, and 1 brother, David.

To order memorial trees or send flowers to the family in memory of Jackie Sartain, please visit our flower store.