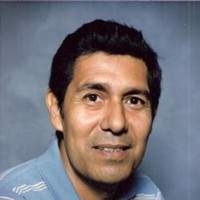 Isaac would serve his country with honor in the United States Army in the Military Police. He would meet and later marry Mary Alice Messer, the love of his life. Isaac would work for Vanderhorst Industries as an inspector for nearly forty years before retiring.

Isaac had many interests in his life; but his greatest passion was his family. He enjoyed the time he spent with his wife, children and grandchildren. His quick wit, infectious smile and open heart will be missed by all who knew him.

Isaac is preceded in death by his parent, Zacarrias and Antonia Medina; his beloved wife, Mary Alice; daughter Melissa Langley.

To order memorial trees or send flowers to the family in memory of Isaac Medina, please visit our flower store.