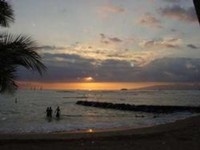 Harold Lee Story, 54, passed away on Thursday, March 13, 2014 in Sunnyvale, Texas. Harold was born to Clarence and Mary Leah Story on May 11, 1959 in McKinney, Texas. Harold would meet and later marry Heidi Lowe.

Those left to celebrate his life include his wife, Heidi Story; sons; Christian Story and Aaron Dorough; daughters; Summer Lemoine and her husband Robert, and Sasha Story; five grandchildren; brothers Frank Story and Doyle Story and his wife Robin; sisters Terri Mendoza and her husband Steve, and Kellie Sue Tabb and her husband Chris; as well numerous nieces, nephews, friends and neighbors.

A celebration of Harold's lifewill be held on Saturday, March 22,2014 at 2:00 p.m. at Fast Eddie's Pool Hall in Terrell, Texas.
To order memorial trees or send flowers to the family in memory of Harold Story, please visit our flower store.