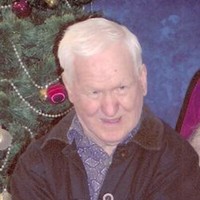 Georgie Lynch, 81, passed away on March 25, 2014 in Greenville. He was born on October 1, 1932 in Greenville to his loving parents, Edward and Flossie Lynch.

Those left to celebrate his life include his sister, Martha Knittel, brother, Edward Lynch and wife Valla, nieces; Lynda Knittel and Brenda Rambo and her husband Cecil, nephew, Eddie Lynch and wife Tony, great niece, Melissa Daugherty and husband Danny and her daughter Katelyn Daugherty, as well as numerous extended family and friends.

Georgie is preceded in death by his parents, Edward and Flossie Lynch.

A graveside service will be held on Friday, March 28, 2014 at 2:30 p.m. at Memoryland Memorial Park in Greenville. A time of visitation will be held on Thursday, March 27, 2013 from 6:30 to 7:30 p.m. at Goggans Funeral Home.
To order memorial trees or send flowers to the family in memory of Georgie Lynch, please visit our flower store.