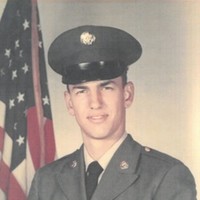 Gary was born March 12, 1947 in Terrell, Texas to Bill Dudley and Ruth Bartlett Dudley. He was a truck driver. He proudly served in the U.S. Army during the Vietnam War. He loved his family dearly and will be dearly missed by them and all that knew him.


Those left to cherish his memory are his Daughter: Teresa Beavers and husband Jack of Terrell; Sons: Gary Dewayne of Dudley and wife Sharon of West Tawakoni; Terry Don Dudley; Mother, Ruth Dudley of Terrell; Grandchildren Chase and Taylor Beavers, and Angel Dudley. Gary was preceded in death by his, wife, Joyce Dudley, father and one brother, John Dudley.

To order memorial trees or send flowers to the family in memory of Gary Dudley, please visit our flower store.