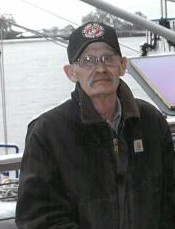 Marshall Hatchel, JR., 70, was born in Kaufman on January 16, 1951 to Marshall Sr. and Bonnie Shaw Hatchel, who preceded him in death. He died peacefully at home on September 24, 2021 of Alzheimer’s disease. Contributing factors were advanced rheumatoid arthritis and coronary artery disease. He also was preceded in death by 2 brothers, James and Rickey Hatchel, and 2 sisters, Sonja Bush and Barbara Guinn. He is survived by his wife of 48 years, Sherilyn Roberts Hatchel; sons, Jeffrey Hatchel and wife Wendi of Terrell, Brandon Hatchel and wife Angela of Dallas; daughter, Leslie Turner and husband James of Mabank; sisters, Jean Hall of Mesquite, Kay Foster of Kaufman, and Gail Tilson of Kaufman; grandchildren, Bonnie Mott, Katherine Hodgson, Taylor, Kaylie and Jacob Hatchel; 4 step-grandchildren; 6 great-grandchildren; his mother in law Adeline Roberts; and a number of nieces, nephews, cousins and friends.

Marshall was raised in Kaufman and lived here all his life except for a year In the United States Marine Corps. He graduated from Kaufman High School in 1970. While at Kaufman High, he was a member of the 1968 and 1969 bi-district winning football teams and was chosen to be on first team offense all district in 1969. After graduation from High School, Marshall went into the Marine Corps during the Vietnam War period. He only served 9 months because his mother was dying and wanted him home. He was meritoriously promoted to Lance Corporal during that time. As they say “once a Marine, always a Marine”, was very true for him. On December 15, 1972, he married the love of his life, Sherilyn, at the First Baptist Church in Kaufman. They lived in the town of Kaufman until 1986 and then moved to the Flat Rock Community in Kaufman County where they have lived since then. Marshall worked for several different companies as a route delivery driver including Ben E. Keith, Coca-Cola, Penny’s Gas Company, and retired from Atrium Windows and Doors in 2013 after 12 years there.

Anyone who knew Marshall knows that he loved to talk and never met a stranger. He would truly give you the shirt off his back if he thought you needed it more than he did. In his earlier years he loved to hunt, camp and barbeque. He was well known to friends and family for his briskets, ribs and pinto beans and even did a few catering jobs. Marshall loved his God, his family, his close friends, the Marine Corps, but especially his wife.

Marshall was a member of the First Baptist Church in Kaufman, but most recently attended Becker United Methodist Church with his wife, who was the pianist there for 25 years until she had to resign when his disease did not allow for him to attend anymore. A memorial service is planned for Saturday, October 2, 2021 at 11:00 A.M. at the Becker United Methodist Church with visitation at the church beginning at 10:00 A.M. Officiating will be Pastor Dan Eakins.

Memorials are requested to be donated to the Alzheimer’s Association, Rheumatoid Arthritis Foundation, or American Heart Association.

To order memorial trees or send flowers to the family in memory of Frank Hatchel JR, please visit our flower store.