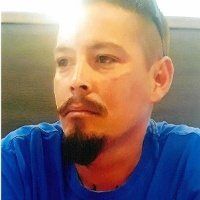 Edward Lee Ortega, 33, of Wylie, Texas passed away in Richardson on July 28, 2019. He was born in Dallas, Texas on September 22, 1985, the son of Robert Ortega and Tina O'Dell. Edward married Melissa Esquivel on April 16, 2009 in Mesquite, TX. He was employed in construction in erosion control.

Edward will be greatly missed by family, friends and all who knew and loved him.