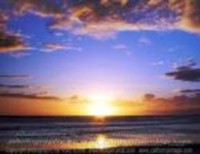 David Lowell Tanner, age 72, of Forney, Texas passed away Tuesday, February 7, 2017 in Forney. He was born the son of John Bowman and Velma Ruth (Lindsey) Tanner on February 8, 1944 in Forney, Texas. David later drove a truck for corrugated box company. He retired from this company.

He was preceded in death by his parents, brother, John W. Tanner; 2 sisters, Bobby Jo Farmer and Debra Kaye Hooten.

To order memorial trees or send flowers to the family in memory of David Tanner, please visit our flower store.