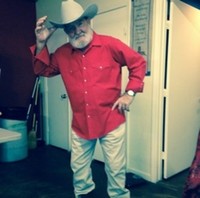 
Coleman worked as a carpenter for over forty years and was a member of the First Assembly of God Church in Terrell. He enjoyed riding his tractor and loved giving his grandkids buggy rides with his pet donkey, Bonnie, pulling the buggy. His niece Brilee called him "Uncle ZZ" and she loved Bonnie so much, ever since she was little, she'd ask him if she could have her. Bonnie now belongs to Brilee.

First Assembly of God Church
To order memorial trees or send flowers to the family in memory of Coleman Smith, please visit our flower store.