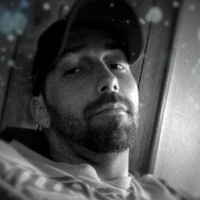 Cody Lee Wheatley, 29, of Terrell, Texas, passed away Thursday, October 6, 2016 at Baylor Medical Center. Cody was born at Medical City of Dallas, to Ronald Wheatley and Tammy Hayes. He loved his family and so many more. Those who will always cherish him is his, mother, Tammy Hayes, stepfather Rodney Hayes; sister, Amber Wheatley of Terrell; brothers, Kyle Hayes of Terrell, Travis Hayes of Terrell; nephew Logan Schwankner of Terrell; cousins, Frank Looper of Farmersville, Terry and Gloria Looper of Quinlan, Windle and Sherry Cockrum of Terrell, Charlie and Sue Hayes of Dallas, Dennis and Cindy Hayes of Richardson; girlfriend Monica Russell and her son, Eli of commerce. Cody Loved Nascar. His favorite driver is Kevin Harvick. His NFL team is the New Orleans Saints. He loved grilling and he loved his dog Blu. We will all miss you.

Taken too young, from T-bird.

Memorial Service will be held at a later date.

Cremation arrangements are under the direction of Goggans Funeral Home

To order memorial trees or send flowers to the family in memory of Cody Wheatley, please visit our flower store.