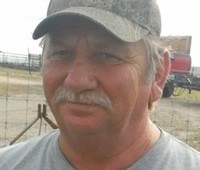 Eddie was born October 12, 1958 in Dallas, Texas to Charles Ivan Elliott and Mary Lee Boshears Elliott. He retired as manager of a restaurant. He loved his family dearly and will be dearly missed by them and all that knew him.

Cremation arrangements are under the direction of Goggans Funeral Home.

Online condolences may be left here or on our Facebook page
To order memorial trees or send flowers to the family in memory of Charles Elliott, please visit our flower store.