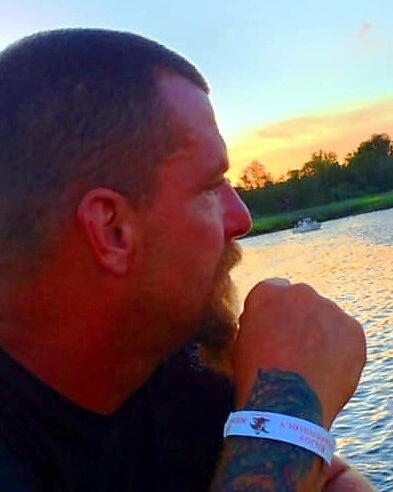 Funeral service for Charles “Wade” Cotton Jr., age 41, of Quinlan will be held at 10am on Saturday, September 24th, 2022 at Goggans Funeral Home with Matt Arnold officiating. Visitation will be held from 9am-10am. Mr. Cotton passed away on September 20th, 2022 at his home in Quinlan.

Wade was born on August 12th, 1981 in Levelland, TX to Charles W Cotton Sr. and Norene Terrill Clarke. He worked as a plumber and also loved hunting, fishing, and 4-wheeling in his spare time.

He is survived by his mother, Norene Terrill Clarke of Quinlan; his father, Charles Cotton Sr. of Quinlan; his daughter, Autumn Cotton of Terrell; his son, Preston Gillam; his brother, Michael Cotton of Quinlan; his uncle, Matt and Patty Arnold of Powderly; his aunt, Dena and Paul Karstens of Wilburton, OK; his best friends John & Heather Barnes of Kaufman; and his dog Casino.

He is preceded in death by his daughter, Lisa Cotton; grandparents, James & Mary Arnold; grandparents, Herman & Bobbie Griggers; and his aunt, Diane Osborne.

Arrangements are under the direction of Goggans Funeral Home Terrell, TX.

The online register can be signed at www.goggansfh.com.

To order memorial trees or send flowers to the family in memory of Charles Wade Cotton Jr, please visit our flower store.
Send a Sympathy Card