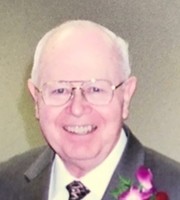 Charles was born in Portsmouth, Ohio--son of Mr. & Mrs. C.D. Albright. His early years were spent in Bucyrus, Ohio. He attended Vanderbilt University in Nashville, Tennessee where he majored in chemistry and was a member of Phi Beta Kappa honorary fraternity. Charles graduated from Vanderbilt University medical school in 1961 followed by an internship and residency in internal medicine at the Indiana Medical Center in Indianapolis, Indiana. Upon finishing his residency, Dr. Albright served as a Captain in the United States Air Force at Barksdale Air Force Base in Bossier City, LA. Dr. Albright brought his family to Tyler, TX in 1968 where he practiced medicine until 2011.

He is survived by his two loving daughters, Elizabeth and Cynthia, and two grandchildren, Trisztan and Samantha.

The family would like to thank Alice Jarrell, Roger Evans, Emma Salas, and sitters Alhajie and Carlos for their loving kindness and support. Dr. Albright will be remembered as a kindly physician who dedicated his life to the health and well-being of others. The family requests that, in lieu of flowers, donations be made in Charles' name to the National Lipid Association.

To order memorial trees or send flowers to the family in memory of Charles Albright, please visit our flower store.