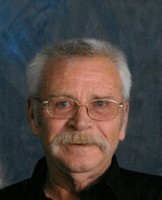 Carroll Lee Sluder, 66, passed away on Tuesday, December 1, 2015 in Dallas,Texas. Carroll Lee was born May 18, 1949 to Carroll D. and Sybil Sluder in Terrell, Texas. Carroll Lee went on to serve his country with honor and distinction in the United States Army. Carroll Lee would meet and later marry Patti Burnett in 1969. They would have two children, Stacy and Casey.

Carroll Lee loved to work with his hands; and he was good with them. He worked construction most of the time. When not working, Carroll Lee would always be tinkering on some project, reworking some item that needed repair or sitting with friends and visiting. Carroll Lee loved his country; he loved his friends and was an passionate fisherman and hunter. Carroll Lee was devoted to his wife Patti for forty-six years. They were best friends as well as husband and wife. He loved to spend time with his children, grandchildren, brother and sisters. Carroll Lee had an infectious smile, open heart and giving spirit. He will truly be missed by all who knew and loved him.

Carroll Lee is preceded in death by his father, Carroll D. Sluder; his mother, Sybil Beavers and her husband Jim Beavers; brother in law, Terry Burnett.

A gathering of of family and friends will be held on Friday, December 4, 2015 from 6:00 to 8:00 pm at Goggans Funeral Home. A funeral service will be held the following day, Saturday, December 5, 2015 at 11:00 am also at the funeral home. Interment will immediately follow the service at College Mound Cemetery in Terrell.
To order memorial trees or send flowers to the family in memory of Carroll Sluder, please visit our flower store.