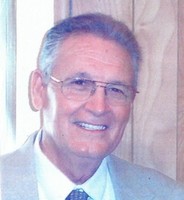 Billy Heath Hobbs, 86, passed away Tuesday, May 16, 2017 in Terrell. He was born October 29, 1930 in Healdton, Oklahoma the son of Milton Heath and Elva Hobbs. He was raised in Ada, Oklahoma by his mother and stepfather, Joe Baker. After high school joined the United States Marine Corp and served during the Korean Conflict. He went on to earn several degrees after leaving the military. Billy married Betty Jane Robertson in Ada, Oklahoma in December of 1951. She preceded him in death in 1978. Billy married Brenda Hill on March 3, 1979 in Terrell. He worked for Lucent Technology for over 30 years and retired as the Engineering Department Chief. He then taught at Kaufman High School for nine years. Billy is a member of College Mound United Methodist Church and the American Legion Post #0345.

He was preceded in death by his father; mother; step-father; brother, Bob Hobbs; and one grandson, James Edward Austin IV.

Visitation will be Sunday, May 21, 2017, 3-5 pm at Goggans Funeral Home Chapel, Terrell. Funeral will be held Monday, May 22, 2017 at 10:00 am at College Mound United Methodist Church, Terrell, with Rev. Larry Davis officiating.

To order memorial trees or send flowers to the family in memory of Billy Hobbs, please visit our flower store.