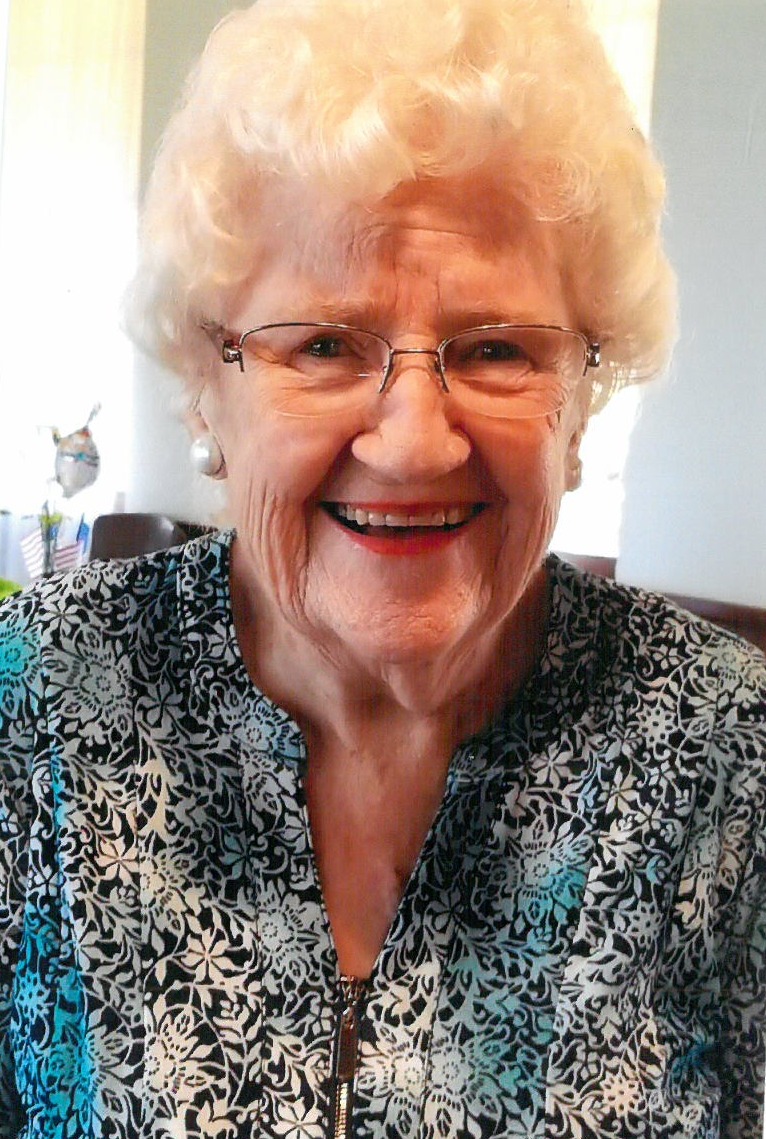 Betty was born on May 27, 1929 in Grand Rapids, Michigan to Fleming and Elizabeth Ritter Fletcher.

She was joyfully welcomed into heaven by her parents, her devoted husband Carl, her brother and sister, and 2 grandsons.

Betty was a devoted wife and mother for 75 years and loved her family greatly. She graduated from Battle Creek Central High School and married the love of her life, Carl, in 1947 at St Thomas Episcopal Church in Battle Creek, Michigan. Betty had many creative and artistic talents including sewing, painting, photography, theater and singing. Betty believed in serving others and was active in her Church and several community organizations. She served as President of the Epsilon Sigma Alpha sorority in 1968. She was also a member of the Daughters of the American Revolution. She especially enjoyed her time with the Kaufman County Community Theater where she acted, as well as directed, many productions over the years. Betty was proud to be chosen as Mother of the Year by the Terrell Tribune in the late 1960s. And was also selected as Mother of the Year by the Terrell Tigerettes in 1977. During her working career Betty was a bookkeeper and receptionist. Betty was a great example of loyalty, strength, and love and will be greatly missed.

Both Betty and Carl were lovingly cared for by the staff at Windsor Care Center for the past 10 months and the family wishes to extend our gratitude for their dedication to them.

Visitation will take place on Thursday, June 9, 2022 at 6PM at Goggans Funeral Home in Terrell. Memorial service will be on Tuesday, June 28, 2022 at 11AM at Good Shepherd Episcopal Church in Terrell followed by burial at Highland Memorial Cemetery.

In lieu of flowers, donations can be made to the Good Shepherd Episcopal Church, 200 W. College St. Terrell, TX, 75160.

To order memorial trees or send flowers to the family in memory of Betty Fletcher Baker, please visit our flower store.