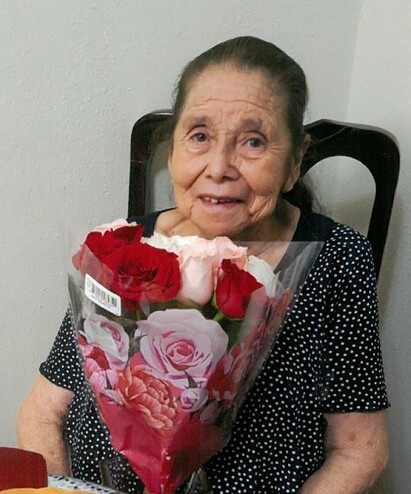 Aquilina was born on January 4, 1933 in Colonia Agricola El Naranjo, Mexico to Raymundo Gonzalez and Guadalupe Salas. She married Roman Hernandez Garcia and was a homemaker most of her life. She was a faithful woman who served the Lord.

Aquilina was preceded in death by her parents, Raymundo and Guadalupe; and Irenu Hernandez.

But those who hope in the Lord will renew their strength. They will soar on wings like eagles; they will run and not grow weary, they will walk and not be faint.

To order memorial trees or send flowers to the family in memory of Aquilina Hernandez, please visit our flower store.