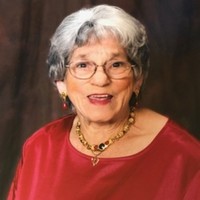 Ann Stone, 88, of Terrell passed away in Ft. Worth on August 10, 2018. She was born in Shawnee, Oklahoma on March 19, 1930 the daughter of Oscar Ray and Ellie (Green) Foster. Ann married Henry Stone and he preceded her in death. She retired as a press operator.

Ann was preceded by her brothers, Francis LeRoy Foster and Allen Eugene Brewer and sisters, Stella Jackson and Viola Johnson.

To order memorial trees or send flowers to the family in memory of Ann Stone, please visit our flower store.