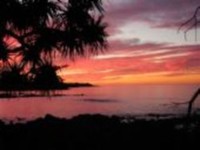 Glenn was born March 7, 1969 in Dallas, Texas to Alford Glenn Wheat, Sr. and Juanita Marie Fletes Wheat. He was a plumber. He loved his family dearly and will be dearly missed by them and all that knew him.

Those left to cherish his memory are his Sons: Eric Wheat and wife Candace; Zachary Wheat; Skyler Wheat; Mother: Juanita Hetrick; Brother: Jacob Hetrick; and Sister: Sara Skierski and husband Leif; 3 grandchildren. Glenn was preceded in death by: his father.

To order memorial trees or send flowers to the family in memory of Alford Wheat, Jr, please visit our flower store.