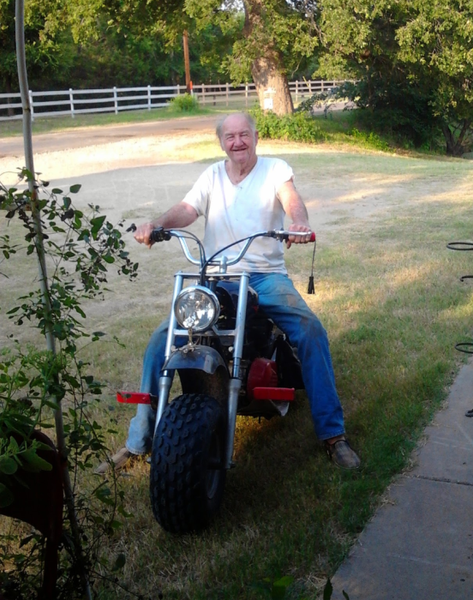 Jasper was a man who laughed often, who loved his family and friends, who was respected and trusted, who appreciated the beauty of the world and who left the world better than he found it. Today let us celebrate the legacy of an incredible man and the impact he had on those lucky enough to know him.

Jasper was born April 15, 1929, in Kaufman, TX. He was the first child to Will and Alma Jennings. He was a simple man, his education started at home working alongside his father. He had a good childhood, and even though he received little education Jasper went on to secure a prosperous career working for the City of Terrell in which he retired from in 1990. Jasper enjoyed fishing, gardening and farming.

He is survived in death by his sister, Idell Gilliam; brother-in-law, Bobby Dean Gilliam; their four children, Bobby Dell, Wyan, Elisa and Jackie; he had numerous great-great nieces and nephews and although Jasper never had children of his own, he had plenty of extended nieces and nephews.

To order memorial trees or send flowers to the family in memory of Jasper Jennings, please visit our flower store.